London is one of the most progressive and diverse cities in the world, so you can bet there’s always something fun to experience. With some of the world’s best entertainment, nightlife, art, museums, dining, and culture, it’s impossible not to enjoy the city. It attracts over 25 million visitors each year, making it the most visited city in all of Europe. It’s no surprise that London tops the bucket list of many visitors, and it’s a great city for an adult’s night out without the kids — here are our recommendations for three things you must see and do when headed to London without the little ones in tow.

History and Culture in Westminster 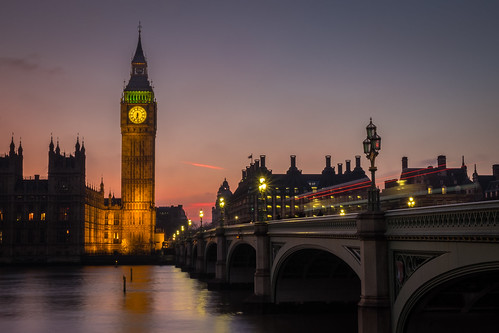 Westminster is the political hub of London, home to Parliament and the world-famous Big Ben clock tower, and probably too rich in history for children to appreciate. You, on the other hand, are bound to get excited when you hear the prestigious bells chime every hour. Westminster Abbey is also worth a visit and open to the public on most days. Be sure to visit Parliament Square, which features impressive realistic statues of beloved political individuals such as Winston Churchill and Nelson Mandela.

The Arts in Camden

Camden is a popular and well-known cultural neighborhood in north London. Famous for its alternative culture, it’s a great place to people watch — you’ll see plenty of goths, punks, and colorful people getting their groove on. Camden also has an edgy body-modifying community, evident by its numerous piercing and tattoo shops. Ever dreamed of cutting loose and getting a tattoo? Camden is the perfect place to get one. While you’re there visit Camden Market, featuring street food, unique artwork, and tons of vintage clothing, books, and records.

Theatre on the West End

Aside from Broadway in New York City, you would be hard-pressed to find a better show scene than those playing in London. Why not see something the kids wouldn’t normally enjoy? Skip The Lion King and Aladdin, and enjoy a show for a more adult audience. We suggest Evita, a powerful masterpiece telling the story of an ordinary woman’s extraordinary rise to power during a time of political unrest. It follows the life events of Eva Peron, wife of former Argentine dictator Juan Peron, and her journey from humble beginnings to that of wealth, power, and fame.

If Evita doesn’t excite you, consider the all-time favorite for adults everywhere, Les Misérables. More than 70 million people in 40 countries around the world have enjoyed this musical treasure. In fact, it’s now in its 30th year and still breaking box-office records everywhere. Set in 19th-century France, the show tells a captivating story of broken dreams, unreciprocated love, extraordinary passion, sacrifice, and redemption. It’s a timeless tale of the endurance of the human spirit.

Regardless of what you do in London, it’s a memorable city full of romance and entertainment. From great restaurants and clubs to historical places and shopping, you’ll be glad you left the kids at home. You should consider hiring a car from Hire Brid to get around without relying on public transport. Then bring some nice clothes and drink plenty of strong coffee, because the city rarely sleeps and there’s too much fun to be had.